Grants Lick Veterinary Hospital - In 1962, Dr. Joseph C. Crowley graduated from Auburn University's College of Veterinary Medicine and returned to his hometown to practice. He began a career based on the principles of hard work, empathy and respect for pet owners and their animals, and honest, dependable service. From those humble beginnings arose Grants Lick Veterinary Hospital. Located in southern Campbell County, it has grown into one of the largest and longest established veterinary practices in Northern Kentucky. In 2003, a satellite clinic, Pendleton County Veterinary Hospital, was added in Falmouth to serve the pet owning public in that area as well. 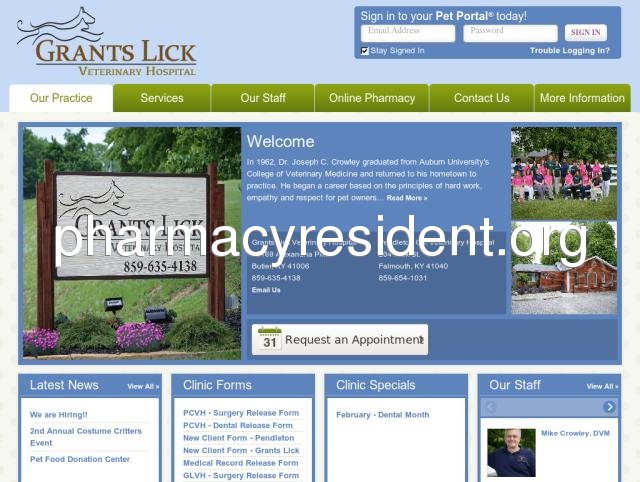